This is a late post in coming and I apologize! The first weekend I was in France I took 2 consecutive day trips- one to Lyon and one to Bourg-en-Bresse. I was invited by a fellow TAPIF Assistant, Kaitlin of In the Glorious Pursuit of Life to stay with her in her brand new apartment in lovely Bourg and of course I agreed. My research (consisting of Google Image searches of course) brought up gorgeous photos of the capital of the Ain department and I was excited to meet another assistant and see a new town.

After saying goodbye to my new Australian friend Susanna at the Bourg train station I managed to find my way to Kaitlin`s apartment- only after a few false starts, finally asking the train station guard, and apparently taking the scenic route accidentally! Her landlord was very kind and I was warmly welcomed by the guests in the apartment. Later we got to relax and it was very nice to find someone to speak English with, commiserate about French bureacracy and finally Skype my parents!

The next morning, Kaitlin took me to the top tourist attraction in Bourg-en-Bresse: the royal monastery of Brou. Fortunately for us, as EU residents under 25, the attraction was free.

This 16th-century monastery was fascinating to me for a number of reasons. The stones from this monastery had also been used to built the Fourvière Basilica in Lyon, which I visited last week. Designed and masterminded by Archduchess Margaret of Austria, who was the daughter of the Holy Roman Emperor Maximilian, the monastery is incredibly elaborate and stands out from the rest of the town. Archduchess Margaret was a strong figure in a time when women werent allowed much power, and her translated motto hung in the monastery: Both fortune and misfortune make a woman stronger. The tiling on the roof reminded me of St Mathias Church in Budapest that I visited in March 2014! Here are some photos of the gorgeous monastery:

sculpture of a heart

tomb of Margaret of Austria

tomb of her husband, Philibert of Savoy

In one of the intricate carvings of the monastery, the architect inserted himself into a religious scene: the man in the glasses! 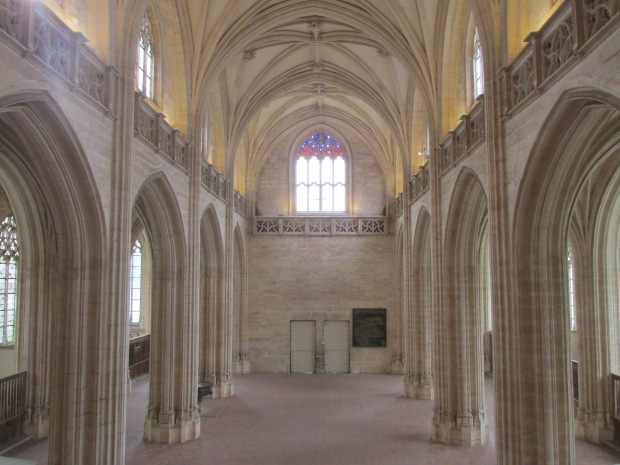 After checking out the monastery we headed into town to grab lunch. On the way we ran into a fellow TAPIF assistant, a Welsh girl and her mother who had just arrived. It was fun to make some new friends and speak some English. That afternoon, Kaitlin took me with her landlord to see her two roommates perform. These two roommates were very talented professional dancers, one French and one Ukrainian; who performed ballroom dance at a French style country fair on a beautiful nearby lake. 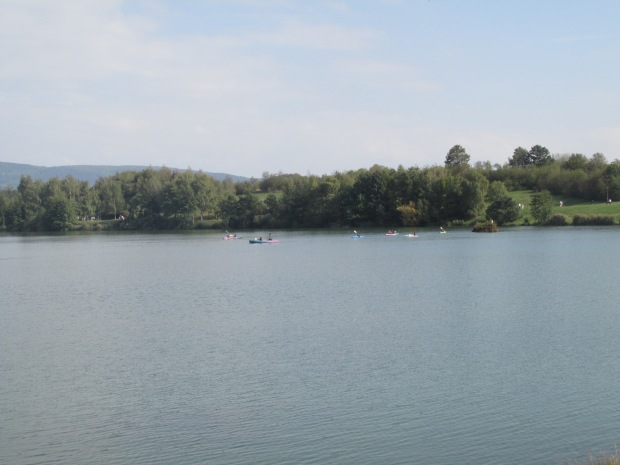 A French band singing All About That Bass…too funny!

All in all, Bourg-en-Bresse was a fun day trip and I found myself wishing there was a way to live there and commute! Alas its too long of a trip but I know Ill be back soon.

Let me know your thoughts in the comments below!

There was an error retrieving images from Instagram. An attempt will be remade in a few minutes.